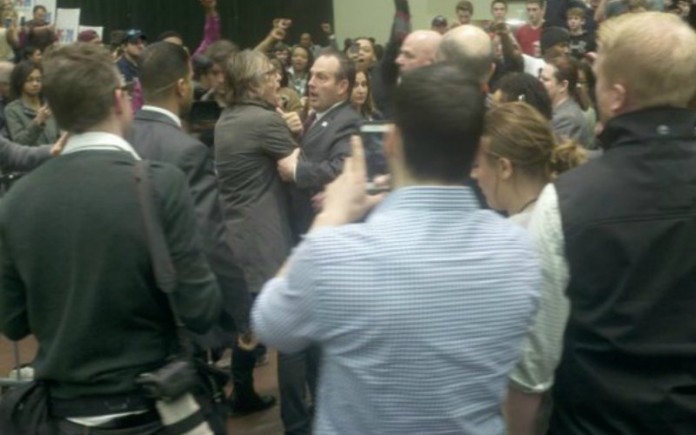 A reporter was allegedly kicked and choked by security agents this afternoon at a rally for presidential candidate Donald Trump in Radford, Virginia.

Mediaite reports that Time photographer Chris Morris told fellow reporters that he didn’t do anything to instigate the altercation and that he just had one foot outside of the press pen while attempting to photograph protesters who’d disrupted the rally.

Other footage shows Morris using profanity to the unidentified security official during a verbal spat over where he was standing, after which the security agent grabbed him by the neck and threw him to the ground. Morris was detained after the violent incident but not arrested.