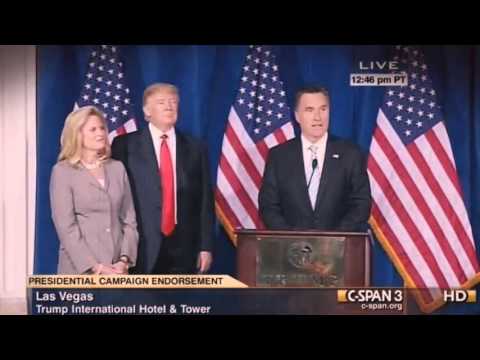 Mitt Romney on Donald Trump back in February 2012: “I am so honored and pleased to have Donald Trump’s endorsement. Donald Trump has shown an extraordinary ability to understand how our economy works. To create jobs for the American people. He’s done it here in Nevada. He’s done it across the country. He understands that our economy is facing threats from abroad. He’s one of the few people who stood up and said China has been cheating. They’ve taken jobs from Americans. They haven’t played fair. We have to have a President who will stand up to cheaters.”