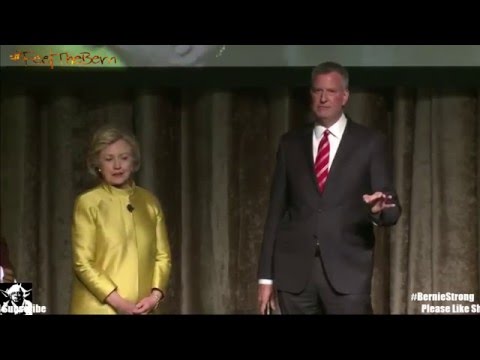 Asked if he regrets the joke, which included a play on the phrase “Colored People Time,” the mayor said, “It was clearly a staged show, it was a scripted show and the whole idea was to do the counterintuitive and say ‘Cautious Politician Time.’” He added, “I think people are missing the point here.”

Earlier in the evening, during an appearance on MSNBC, host Chris Matthews told de Blasio, “Get a new joke writer. The ‘C.P. time,’ all that stuff was a disaster.” In that case, the mayor chose not to respond and instead simply smiled awkwardly through the critique.