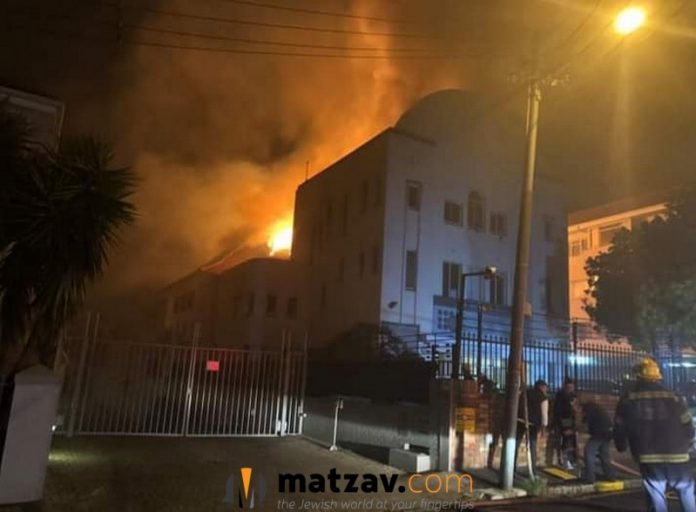 A menorah is suspected as the source of the fire.

Theo Lane, spokesperson for the City of Cape Town Fire and Rescue services, said: “Just before 23:00 [on Tuesday] Fire and Rescue responded to a synagogue that was alight in Arthur’s Road, Sea Point. Twenty-two firefighters, four fire engines, one aerial appliance and a rescue vehicle responded to the incident. No injuries were reported. The cause of the fire at this stage is undetermined.”

The South African Jewish Board of Deputies (SAJBD) said: “Our heartfelt prayers are with Rabbi [Sam] Thurgood and the entire congregation.

“The SAJBD (Cape Council) can confirm on behalf of the synagogue that there are no injuries and investigators report no signs of foul play at this stage and await the outcome of a full investigation,” said Rael Kaimowitz, chairperson of the Cape SAJBD.

“The City of Cape Town Fire and Rescue Services need to be thanked for their bravery as they battle this blaze.”

Leave a Reply to prince of bel aire Cancel reply