Missing flight MH370 could have been stolen in ‘dead space’ as it passed from Malaysian to Vietnamese air traffic control, supposed transcripts of its last known hour claim.

The moment the jet veered westwards was at the point of handover, according to the leaked document – when it could have been invisible to ground control, making the timing perfect for hijack.

Former British Airways pilot Stephen Buzdygan said: ‘If I was going to steal the aeroplane, that would be the point I would do it’.

But today Malaysia’s defence minister slammed the transcript as inaccurate and said the real version ‘does not indicate anything abnormal’. 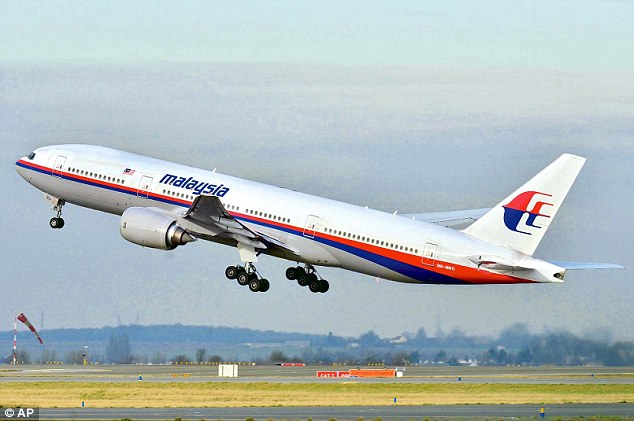 Revealed: The final 54 minutes of communication between the flight deck on board the missing plane and air traffic controllers has today been revealed 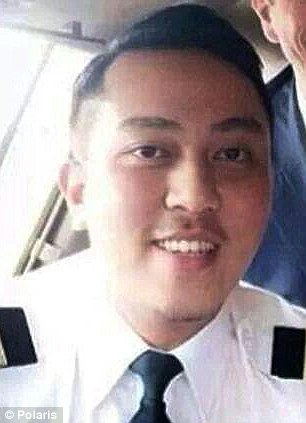 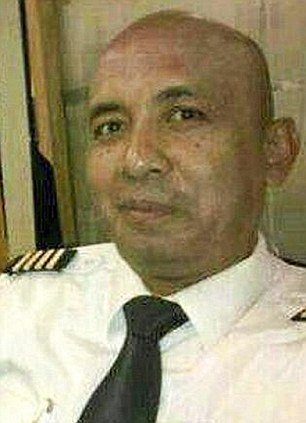 Banter: A former pilot said the banter between co-pilot Fariq Abdul Hamid (left) and Captain Zaharie Admad Shah (right) reveals nothing unusual in the lead up to flight MH370’s disappearance

Hussein Hishammuddin said details of the communication between the pilots and ground control were still being analysed by experts and his government was not ready to release them yet.

But he said he could confirm ‘the transcript does not indicate anything abnormal.’

He added that the communication transcript, understood to have come from sources in China, is not accurate.

In an interview with the Daily Telegraph, which first published the transcripts today, Mr Buzdygan said: ‘There might be a bit of dead space between the air traffic controllers… It was the only time during the flight they would maybe not have been able to be seen from the ground.’

The timings were revealed in a log of 54 minutes of communications from the cockpit before they were switched off with the words ‘all right, good night’.

The log shows that at 1.19am on the night the jet vanished, controllers in Kuala Lumpur instructed the pilot to hand over to colleagues in Ho Chi Minh City.

Co-pilot Fariq Abdul Hamid agreed and said the now-famous words ‘all right, good night’, but contact with the Vietnamese tower was not made.

Earlier that night there was a gap of three minutes and 59 seconds while the jet was handed over to the Kuala Lumpur radar controllers from those in the city’s airport.

The logs emerged as the second day of a major search of the southern Indian Ocean found no sign of possible debris spotted on satellite. 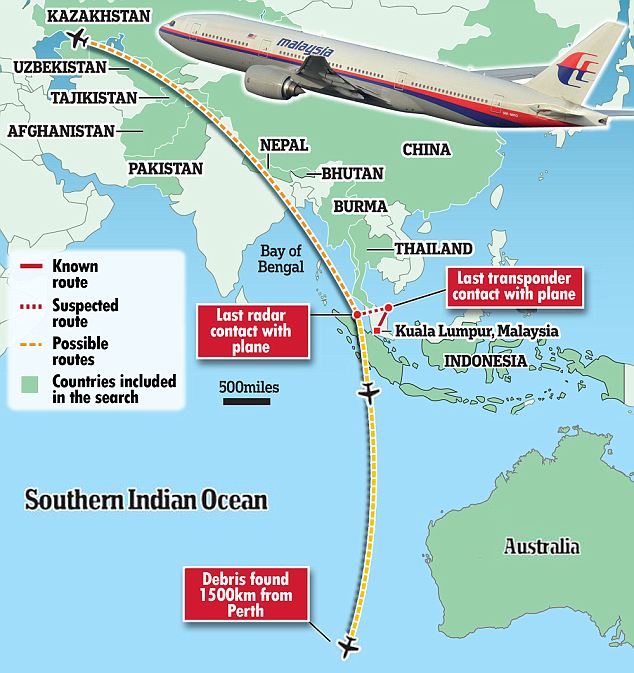 Strange: A former pilot said the plane’s sharp westwards turn, as radar contact was lost, came as air traffic controllers in Malaysia handed over to their Vietnamese colleagues. Stephen Buzdygan said that is moment he would choose if he were to steal a plane

The full communication record of MH370, including the vital moments prior to the disappearance of the Boeing 777 and its 239 passengers could provide crucial clues as to what happened to the aircraft.

The transcript reveals all communication between the cockpit and ground control from its taxi on the runway to its final message at 1.07am local time, when co-pilot Fariq Abdul Hamid said: ‘Alright, good night.’

Two minutes after this final message the plane’s transponder was disabled.

Another odd feature of the conversations on board the plane is a message repeated by the flight deck, telling air traffic controllers that the plane was flying at a cruising altitude of 35,000 feet.

The message, experts say, was unnecesarily repeated six minutes after it was first delivered.

Steve Landells, a former British Airways pilot who flew Boeing 777s, said: ‘It could be as simple as the pilot forgetting or not being sure that he had told air traffic controllers he had reached the altitude.

The search for the possible wreckage of the aircraft has continued in the southern Indian Ocean today.

The transcript and final communications mark another piece of evidence to help investigators piece together what happened to the stricken plane.

The banter between Captain Zaharie Ahmad Shah and his co-pilot Hamid give no hint of the drama that was to ensue.

From the first sign-in at 12.36am local time, when the plane was on the ground in Kuala Lumpur, co-pilot Hamid gave regular and routine updates, alerting air traffic controllers to the plane’s location, ascent and altitude.

‘The communication up until the plane went to the changeover [to Vietnam] sounds totally normal,’ Mr Mr Buzdygan said. ‘I’ve done it hundreds of times. It is perfectly normal.’

Malaysia Airlines, Malaysia’s Civil Aviation Authority and the office of the Malaysian prime minister Najib Razak were contacted by the Telegraph, for confirmation of the communications report.

Only the prime minister’s office responded, saying it would not release the information. 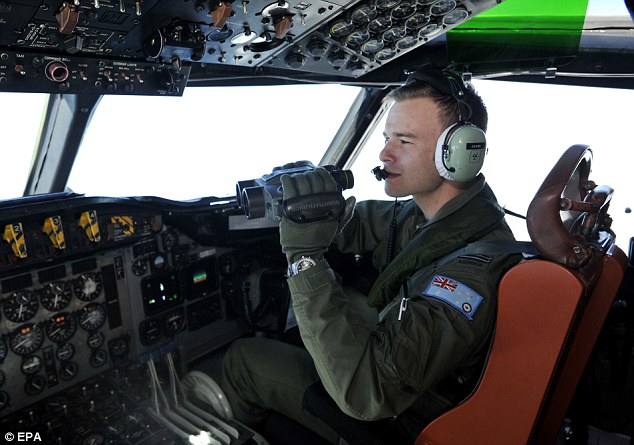 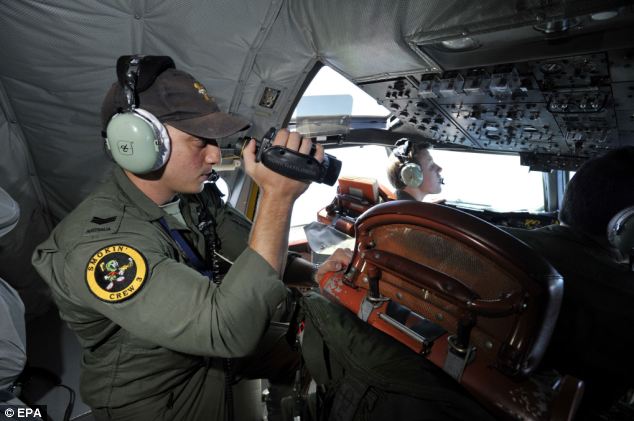 Unsuccessful: A second day searching an area of the southern Indian Ocean revealed no sign of the two suspected pieces of debris 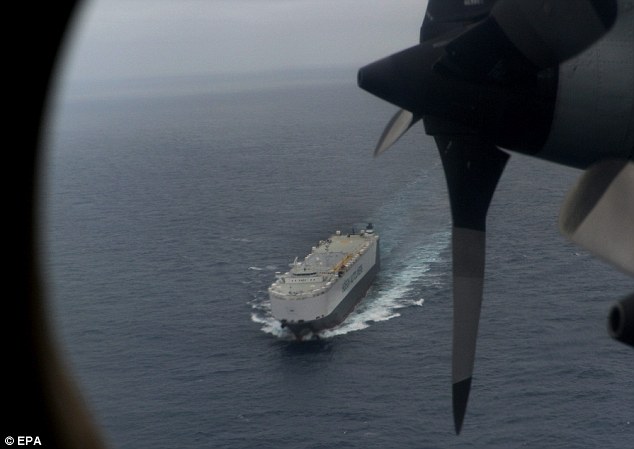 Search planes today scoured a remote patch of the Indian Ocean but came back empty-handed after a 10-hour mission looking for any sign of the missing Malaysia Airlines jet.

Australian officials pledged to continue the search for two large objects spotted by a satellite earlier this week, which had raised hopes that the two-week hunt for the Boeing 777 that disappeared March 8 with 239 people on board was nearing a breakthrough.

‘Something that was floating on the sea that long ago may no longer be floating – it may have slipped to the bottom,’ he said.

‘It’s also certain that any debris or other material would have moved a significant distance over that time, potentially hundreds of kilometers.’ 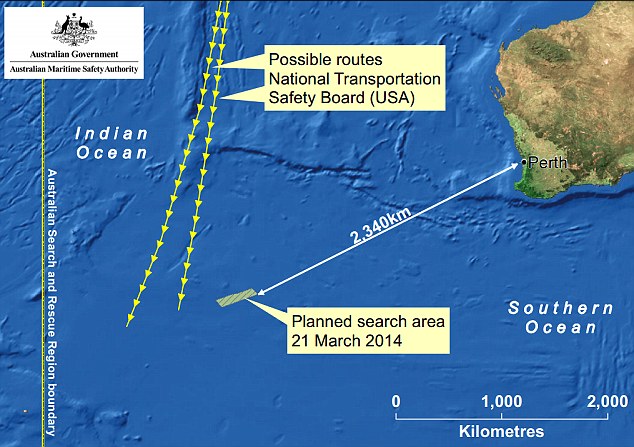 An updated image released by the Australian Maritime and Safety Authority today, detailing the search area planned for today

Aircraft and ships from China headed to the desolate southern Indian Ocean to join the new search for the Malaysia Airlines flight, which disappeared into the ether two weeks ago.

A satellite spotted two large objects in the area earlier this week, raising hopes of finding the Boeing 777 that vanished on March 8 with 239 passengers and crew on board.

Surveillance planes have been scouring the area – about 2,500 kilometres southwest of the Australian city of Perth – the size of the English Channel.

But after ten hours the second day of the search proved unsuccessful.

Australian officials pledged to continue the effort. even as they tried to tamp down expectations.

‘It’s about the most inaccessible spot that you could imagine on the face of the Earth, but if there is anything down there, we will find it,’ Prime Minister Tony Abbott said at a news conference in Papua New Guinea.

‘We owe it to the families and the friends and the loved ones of the almost 240 people on Flight MH370 to do everything we can to try to resolve what is as yet an extraordinary riddle,’ he added. 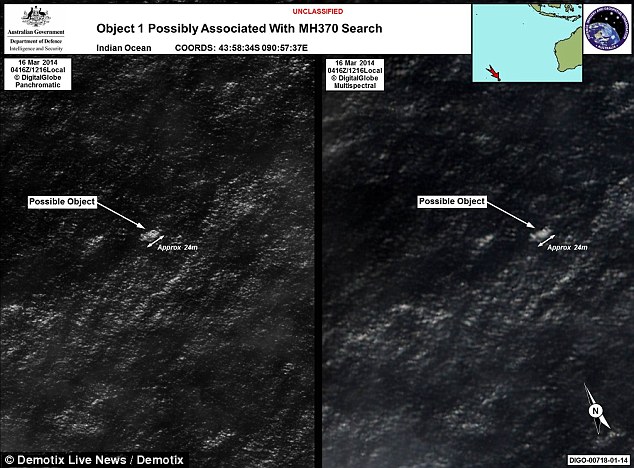 Two pieces of wreckage that are possibly from the missing Malaysian Airlines Flight 370 – one estimated to be 78ft in size – have been found to the west of Australia, it was announced today. Pictured: Satellite pictures released by the Australian Maritime Safety Authority of the object thought to be related to the search for MH370

Two Chinese aircraft are expected to arrive in Perth on Saturday to join the search. They will be followed by two Japanese aircraft on Sunday.

In Kuala Lumpur, where the plane took off for Beijing, Malaysian Defense Minister Hishammuddin Hussein thanked the more than two dozen countries involved in the overall search that stretches from Kazakhstan in Central Asia to the southern Indian Ocean. He called the whole process ‘a long haul’.

The search area indicated by the satellite images in the southern Indian Ocean is a four-hour round-trip flight from western Australia, leaving planes with only enough fuel to search for about two hours.

The images were taken March 16, but the search in the area did not start until Thursday because it took time to analyse them.

Read more at THE DAILY MAIL.