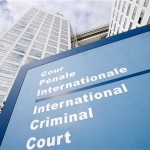 The U.S. views Hamas as responsible for the violation of a temporary truce in Gaza and condemned the renewed rocket fire, State Department spokeswoman Marie Harf said this week.

“Hamas has security responsibility for Gaza,” she said, and reiterated that the U.S. supports Israel’s right to defend itself against terror attacks from Gaza.

Harf had harsh words for Palestinian attempts to bring war crimes allegations against Israel through membership in the International Criminal Court. She warned that if PA President Mahmoud Abbas seeks ICC recognition for the Palestinian Authority, it “would undermine what Palestinians are trying to achieve.”