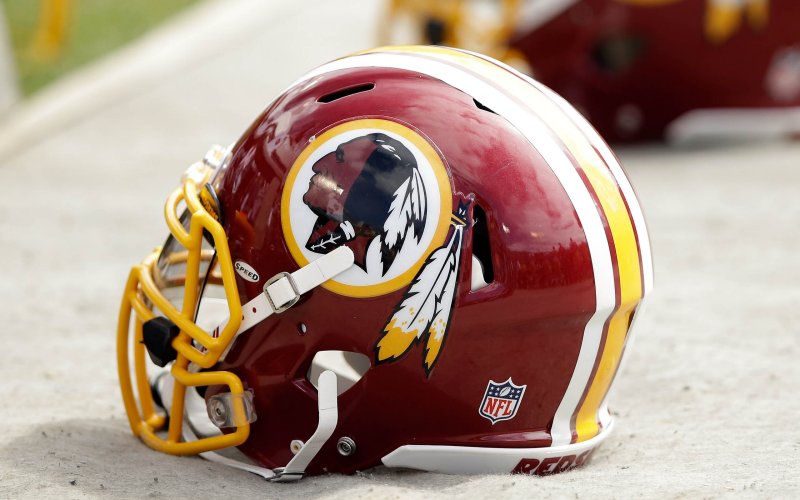 The Washington Redskins moved Friday toward what team owner Daniel Snyder once vowed was unthinkable: changing their controversial name in a bow to pressure from their largest corporate sponsors and the fierce winds of societal reckoning sweeping the country.

After years of resistance, the team said it was launching a thorough review of the name. It did not share any details of the process, but two people familiar with discussions among Snyder, NFL Commissioner Roger Goodell and league officials that led to Friday’s announcement said the review is expected to result in a new team nickname and mascot.

“You know where this leads,” one of the people said, speaking on condition of anonymity. “They’re working on that process [of changing the name]. It will end with a new name. Dan has been listening to different people over the last number of weeks.”

Asked whether a change was certain, the person said, “I don’t want to say 100 percent. It’s very likely headed in that direction.”

A second person with knowledge of the situation said: “It’s not a matter of if the name changes but when.”

One of the people familiar with discussions between the team and league said the change “potentially” could take place before the 2020 season, scheduled to begin Sept. 10, and the other said “it’s trending that way.”

The team said the review “formalizes the initial discussions the team has been having with the league in recent weeks.” It did not announce a timeline for the review.

“This process allows the team to take into account not only the proud tradition and history of the franchise but also input from our alumni, the organization, sponsors, the National Football League and the local community it is proud to represent on and off the field,” Snyder said in the statement.

Goodell expressed the league’s support for the team’s review. “In the last few weeks we have had ongoing discussions with Dan and we are supportive of this important step,” Goodell said in a statement released by the league.

League officials have said in recent days that any change would be a club decision, not one originating from the league office, but according to one person familiar with the league’s inner workings, owners of other NFL teams had become increasingly concerned about Snyder’s operation of the team and his long-standing refusal to reconsider the name.

“We have to help him do what’s best for himself and best for the league,” that person said. “I hope this is a wake-up call because that franchise is so important.”

With a review now underway, Snyder has little choice but to follow through with a name change, according to this individual, who spoke on the condition of anonymity. Otherwise, “I think he’s going to have a major exodus of all his sponsors,” he said.

The Redskins’ announcement and sudden about-face on an issue that has long roiled the franchise comes on the heels of a broader nationwide discussion on race and a reckoning with the country’s history. Since George Floyd was killed in Minneapolis police custody in May, monuments have fallen, Confederate flags have been barred and protests calling for sweeping change, largely focused on racial equity and police brutality, have taken place in cities from coast to coast.

While the Redskins’ statement made no specific mention of a name change, the review will be seen leaguewide as a first step toward a move the organization, and Snyder, specifically has long resisted. Snyder, who grew up a fan of the franchise before purchasing the team in 1999, has maintained the team name and mascot are a source of pride, honoring the heritage of Native Americans. He famously drew a line in the sand in a 2013 interview, saying, “We’ll never change the name. It’s that simple. NEVER – you can use caps.”

But there has been growing momentum for a change in recent weeks. FedEx, a longtime sponsor and naming-rights holder of the team’s stadium, on Thursday, issued a one sentence statement calling for a change. Fred Smith, the FedEx chief executive, is a minority owner of the team.

“We have communicated to the team in Washington our request that they change the team name,” the Memphis-based company said.

Investors and shareholders have been applying pressure on the team’s corporate sponsors, and many welcomed the Redskins’ announcement.

“We have been in conversations with the NFL and Washington management for a few weeks about this issue,” Jon Banner, PepsiCo’s executive vice president for global communications, said in a statement. “We believe it is time for a change. We are pleased to see the steps the team announced today, and we look forward to continued partnership.”

Larry Di Rita, Bank of America’s president for the Washington market, said, “As a partner and sponsor, we have encouraged the team to change the name and we welcome this announcement.”

Nike, another major sponsor, removed Redskins’ merchandise from its online store Thursday, and a spokesperson said the company has “been talking to the NFL and sharing our concerns regarding the name of the Washington team.”

“We are pleased to see the team taking a first step towards change,” the spokesperson said in a statement .

As major corporate backers of the team, FedEx, Nike, Bank of America and PepsiCo all tied their brands to that of the Redskins for years. In their respective statements acknowledging support for a name-change, none of the companies used the word “Redskins.”

Carla Fredericks, among the leaders of the corporate investors that pressed the companies to cut ties with the team if it didn’t change its name, on Friday called for the Redskins’ review process to be expedient and be led by native voices.

The Redskins have defended the name in the face of legal challenges, and for years the issue has been a contentious one, with numerous members of Congress and even President Barack Obama calling for a change. The name more recently has threatened to sink any hopes of the team building a new stadium in Washington, as both local and federal leaders have said a return to the District of Columbia would be contingent on a new name.

Rep. Betty McCollum, D-Minn., who has advocated for the name change for the past decade, hailed Friday’s development as a tipping point in a long-running movement but said there’s no need for any sort of review before instituting a change.

“It’s a racial slur that one of the things that I think our country is reckoning with right now: Things that we swept under the rug and said were acceptable or said, ‘We’ll get around to fixing that later,'” McCollum said in a telephone interview. “The American people don’t want to wait any longer. They want a clear message that equality and justice are what we’re striving for as a nation.”

Several grass roots organizations have spent years pressuring Snyder, protesting at games and organizing through social media. Ray Halbritter, a Oneida Indian Nation representative and a leader of the Change the Mascot campaign, said “any real review will lead to the inevitable conclusion that the deeply offensive and racist name of Washington’s NFL team must go now.”

“Government bodies, schools, places of employment, sports and civic leaders, civil rights and religious organizations and social scientists have already reviewed the issue extensively and determined conclusively that the mascot is offensive, and its use creates hostility and harm,” he said.

While the team had been adamant the name would not change, the organization has found itself wrestling in recent weeks with other controversial aspects of its past. In June, the team removed the name of George Preston Marshall, its founding owner and the last NFL owner to integrate his team’s roster, from the franchise’s Ring of Honor. The decision came just one day after a monument to Marshall was defaced and later dismantled and removed from outside RFK Stadium, the franchise’s longtime home stadium.