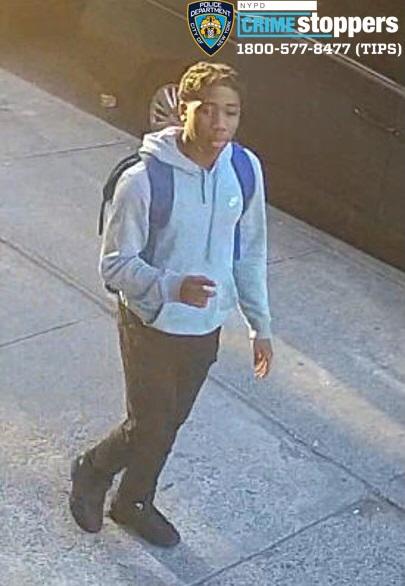 >>Follow Matzav On Whatsapp!<<
The NYPD is seeking the public’s assistance in identifying young male wanted in connection to an assault within the confines of the 90th Precinct. The following has been reported to police:
It was reported to the police, on Tuesday, May 7, 2019 at approximately 7 PM the male approached the 39-year-old male victim from behind in the vicinity of Rodney Street and Marcy Avenue and punched him one time in his head. EMS responded and treated the victim at the scene for pain to his head, face, ringing in his ear and a small bruise on his left hand.

The person wanted for questioning is described as a black male, 15-18 years old.

Watch a video of the assault below: