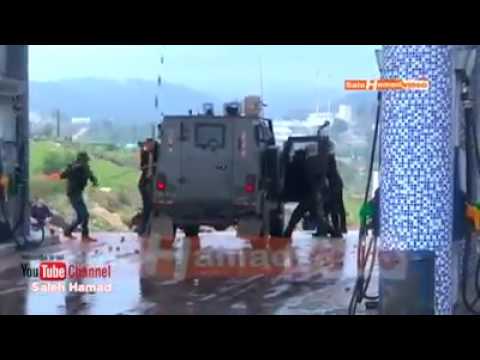 Arutz Sheva reports that Arab media yesterday publicized videos of confrontations between Arabs and IDF soldiers “which happened yesterday in the Arab Ramallah-area village of Nabi Salih in Samaria.”

Arab media noted the video is “edited and oriented towards a specific purpose” and that the protesters “were warded off” and escaped. In the video, masked Arabs can be seen attacking a parked car and attempting to pull Israeli Border Police out of it. The attempted attack was received well and garnered much praise from local Arabs.