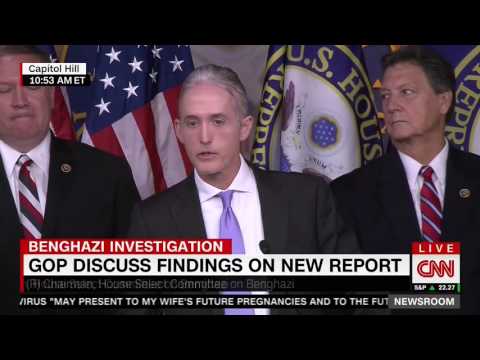 During a press conference today following the release of his committee’s final report on the 2012 Benghazi attacks, Rep. Trey Gowdy (R-SC) refused to say that Hillary Clinton “lied” about her role in its aftermath.

Asked by one reporter if T-shirts and bumper stickers that read “Hillary Clinton Lied, People Died” are “true,” Gowdy replied, “You don’t see that T-shirt on me, and you don’t see that bumper sticker on any of my vehicles.” Asked more directly if he thinks she “lied,” Gowdy said, “That’s a word you couldn’t use in a courtroom.”

He urged reporters to read the full report before drawing any conclusions about Clinton’s actions.