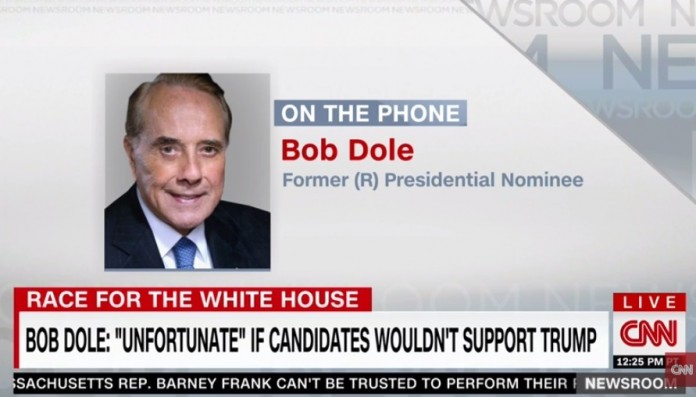 “One of my best friends, closest two or three friends, is John McCain,” Dole, 92, who served in both the Senate and House for 35 years, told Ana Cabrera on CNN in a telephone interview from his Kansas home. “I am going to try to get Trump to issue an apology.

“John McCain suffered — tortured, broken arm, what do you expect? This young man at the time did everything that you would want a serviceman to do, above and beyond the call of duty.

“That’s the one error that I would hope nominee Trump would do, is start honing down his rhetoric,” Dole said. “There is nothing wrong with apologizing for the governor of New Mexico or John McCain or anybody who he has insulted.”