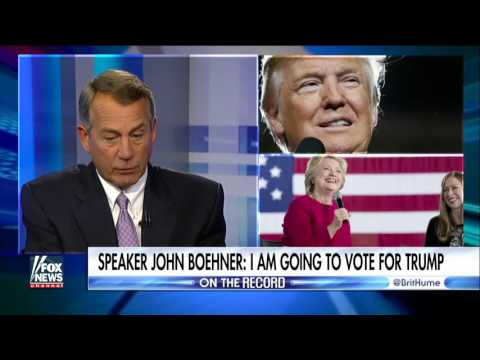 Last night, Motzoei Yom Kippur, On The Record, Brit Hume asked former House Speaker John Boehner if he wanted his “old job” back, in the wake of the war of words between Donald Trump and Boehner’s successor, Paul Ryan.

“Paul is looking out for his members…in this crazy political season.”

Boehner maintained his support of Trump.

“The election is pretty simple…[it’s about] who’s going to appoint the next Supreme Court nominees… two, three, maybe four. I believe that Donald Trump’s view of who these judges should be is much closer to where I am than…Hillary Clinton.”