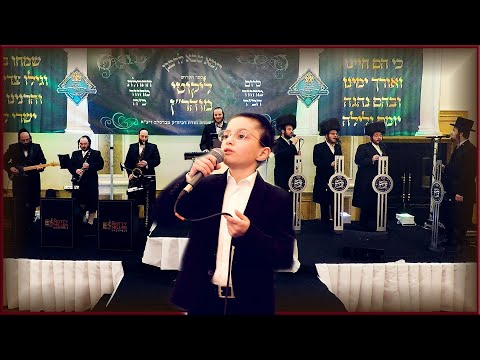 Introducing, new wonder-child singing sensation Meir Rosinger in his debut video. He is the brother of the popular vocalist, Yitzy Rosinger.

The song Groishen In Himmel (aka. Me Keamcha Yisroel) originally recorded by Mordechai Ben David on his Tomid Besimcha album in 1994 was composed by the talented Mona Rosenblum, with lyrics by the Rimnitzer Rebbetzin.

Within the first five seconds it’s clear that this young vocalist clearly takes after his older brother. Not only are his vocals clear and unwavering, but his power and vocal prowess really shine through in this song. His piercing voice will grab you through the speakers and demand that you pay attention to what he has to say. This touching Yiddish song is talking about how Bnei Yisroel are Hashem’s people and if times are hard to cry out to him.

Meir is accompanied by the Shira Choir with music by the Motty Miller Ensemble.