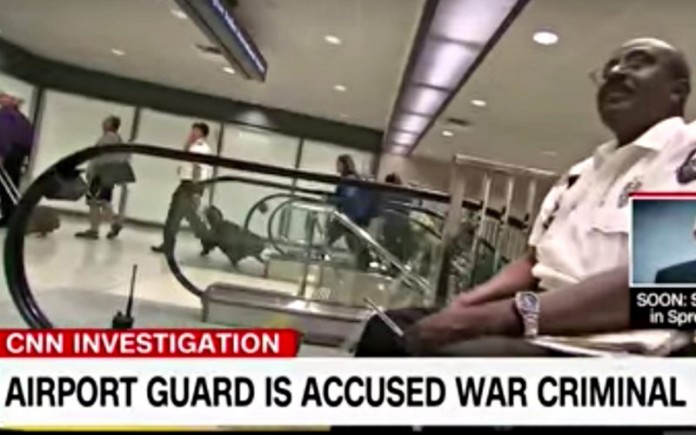 A former Somali commander accused of war crimes during the country’s civil war has been found now working at a United States airport.

A CNN investigation discovered that Yusuf Abdi Ali has been employed by Dulles International Airport, several miles outside D.C., as a security guard. Ali was known as “Colonel Tukeh,” and allegedly oversaw the mass torture and execution of the Isaaq clan during the brutal Somali Civil War.

According to the cable network, Ali came to the United States via Canada, with the assistance of his wife, who herself lied about her status to obtain citizenship in the United States. When CNN producers confronted him with a camera at the airport, he openly admitted his name was Yusuf Ali. However, upon being confronted at his residence, he refused to further answer questions. Ali is no longer employed by Dulles Airport. Read more at CNN.