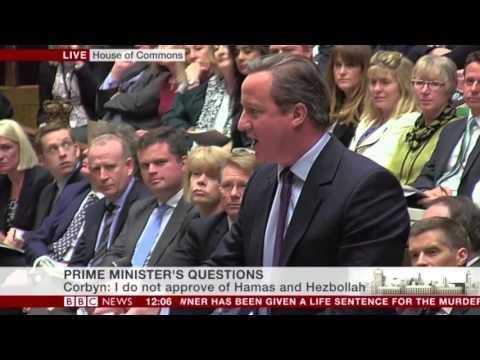 Britain’s prime minister launched a public attack on the head of the opposition Labour Party on Wednesday over his friendly references to Hamas and Hezbollah, calling on the leftist leader to withdraw his previous comments referring to the terror groups as “friends,” the UK’s Daily Mailreported.

Prime Minister David Cameron’s demand of MP Jeremy Corbyn comes amid a growing antisemitism scandal currently engulfing the Labour Party. While answering a question from a Conservative backbencher in the House of Commons, Cameron asked Corbyn four times to withdraw his “friends” references.

“Are they your friends or are they not? Because these organizations in their constitutions believe in persecuting and killing Jews. They are antisemitic organizations, they are racist organizations,” the prime minister said. “He must stand up and say they are not his friends.”

Corbyn declined to withdraw his previous statements, but replied to Cameron, “Obviously, anyone who commits racist acts or is antisemitic is not a friend of mine. I am very clear about that.” The Labour chief defended himself further, stating he is a promoter of peace in the Middle East and that “I absolutely do not approve of these organizations.” Labour, according to Corbyn, “is an anti-racist party.”

The Labour leader then launched a counter-attack, accusing Cameron of conducting “systematic smears” against the party’s mayoral candidate, Sadiq Khan. Cameron argued that there is a “pattern of behavior” with Khan, claiming he has shared a platform with people like “Sajeel Shahid, the man who trained the ringleader of the 7/7 attacks and accused the US of bringing the 9/11 attacks on themselves…an extremist who called for Jews to be drowned in the ocean.”

Prior to the heated exchange between Cameron and Corbyn, Hamas spokesman and senior official Taher A-Nunu told Breitbart Jerusalem on Monday that his organization “welcomed” Corbyn’s past refusal to condemn Hamas, calling it “a painful hit” against the “Zionist enemy.”

“We consider the statements of the Labour leader to be an important message to people in Western countries that Hamas is not and will not be considered a terrorist group and our struggle is reduced to the borders of occupied Palestine,” he said.

Britain’s chief rabbi, Rabbi Ephraim Mirvis, issued his first public statement regarding the Labour scandal on Tuesday, writing in the Telegraph that the UK’s “hard Left are spreading the insidious virus of antisemitism.”

“Comments from senior and long-standing members of the Labour Party, both Jewish and not, show just how severe the problem has now become. Everyone agrees that there must be no place for antisemitism in our politics,” he wrote. Mirvis issued a warning against Labour’s independent antisemitism probe, cautioning, “If this inquiry turns out to be no more than a sticking plaster [band-aid], designed to placate and diffuse until after the elections this week, the problem will surely get worse and not better.”

“Antisemitism is not just a problem for Jews; it is a problem for all of our society,” the chief rabbi wrote. “I draw a great deal of comfort from the very strong response that this sorry affair has elicited. There must be no corner of Britain today in which antisemitism can lurk.”

Watch the Cameron-Corbyn exchange below: 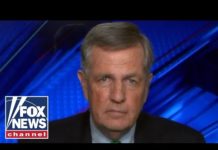 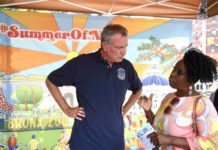