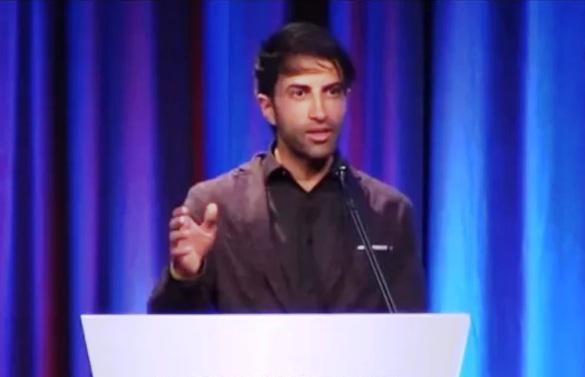 Mosab Hassan Yousef is an incredible example of someone who was able to break away from a destructive, venomous society which had created its own set of truths and norms, and look at reality from a different perspective. There are very few people in the world that capable of doing that. Yet Yousef, known by his cover name, “The Green Prince”, found himself reexamining all of the axioms he had been taught by his father, Sheikh Hassan Yousef, one of the founders of the Hamas.

What makes Yousef unique is that is he able and willing to come forward and state that he does not oppose individual people, but he feels that Muslim society needs to rethink its value system. That is what he did individually. “I’ve seen death and I came from purgatory,” he explains. It is an incredibly courageous thing to stand up against your own society’s basic beliefs, and a equally as courageous to speak about it. (Israel Video Network)