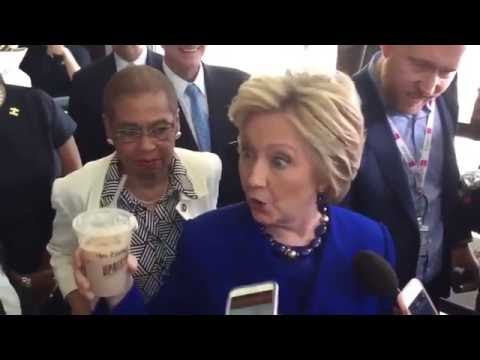 Hillary Clinton, who’s been plagued by health issues in recent months, apparently has another to deal with now, World Net Daily reports.

Blogger Jim Hoft of the Gateway Pundit headline it: “Wow!” Did Hillary Clinton Just Suffer a Seizure on Camera? The poor woman is in worse shape than we thought,” he wrote.

In the video, Clinton’s eyes close then open and stare, but she never loses her huge smile.

She says, “You guys have got to try this cold [drink].”