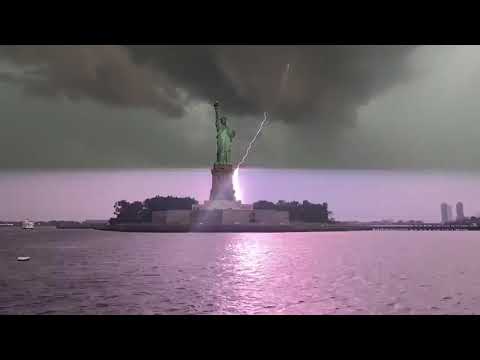 A breathtaking video taken during Wednesday’s thunderstorm shows the moment lightning strikes behind the Statue of Liberty.

The 21-second clip posted to Twitter shows dark grey clouds hanging above Lady Liberty, with a massive strike disappearing behind her pedestal. The scene was filmed from a dock on Ellis Island.