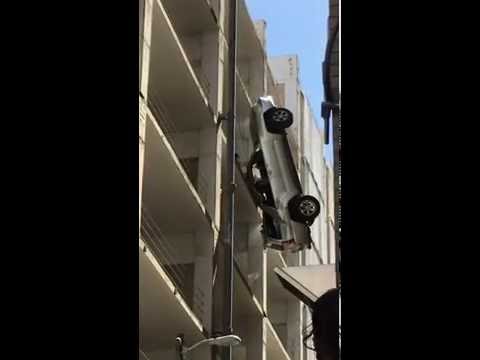 A Texas driver miraculously escaped from his SUV, dangling nine stories above downtown Austin, after a stray wire suspended the car as it careened off the top of the building, KXAN reports. The driver of a Toyota 4-Runner flew from the ninth floor of an Austin parking garage, but a wire kept the car from falling.

Officials said the driver, an unidentified 24-year-old man, was cruising through the ninth level of the garage Friday when his brakes failed. His 2004 Toyota 4runner sailed through the barrier and flipped over as it began to plummet, but got caught on one of the wires, effectively suspending it in the air.