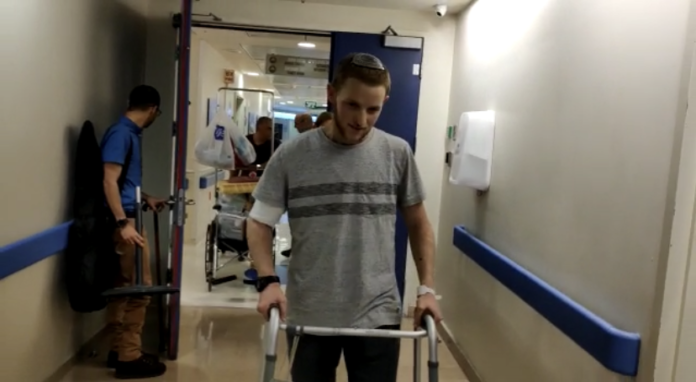 The brother of Rina Shnerb, the 17-year-old girl who was killed in a terror bombing late last month, was released from the hospital on Monday.

Dvir Shnerb, 19, was seriously wounded by shrapnel in his abdomen, and treated at Jerusalem’s Hadassah Ein Kerem Hospital alongside his father Eitan Shnerb, who was also injured in the attack.

Speaking to the press after his release, Dvir Shnerb thanked his doctors and the first responders who treated him in the field. He added that he was happy to be leaving the hospital, though he is expected to return for further treatments for the wounds he sustained during the attack.