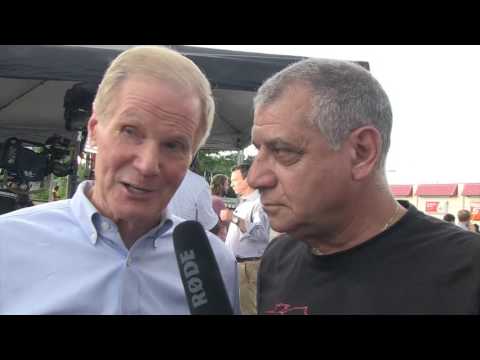 Senator Bill Nelson of Florida told reporters in front of Orlando’s Pulse nightclub that the shooter responsible for the deadliest mass murder in American history at that club Sunday morning was a “lone wolf,” and he could not confirm “with certainty” that Islamic jihadist ideology led the shooter to perform his crime.

“It’s hard to be 100 percent when you are dealing with a lone wolf,” Senator Nelson told reporters before being approached by Tom Trento of the United West, who asked the Senator plainly whether “the ideology of Islamic jihad” drove Omar Saddiqui Mateen to attack the club during LGBT pride month.

“I cannot tell you with certainty that it is, but it has all the appearances because of the connection with someone who had been to Syria,” Sen. Nelson told Trento. “At the same time for him to have planned it… [on] such a vulnerable target of a lot of people, 300 people in a closed environment… that is a recipe for someone that wants to do harm,” he added. “Unfortunately, there are a lot of grieving people here.”