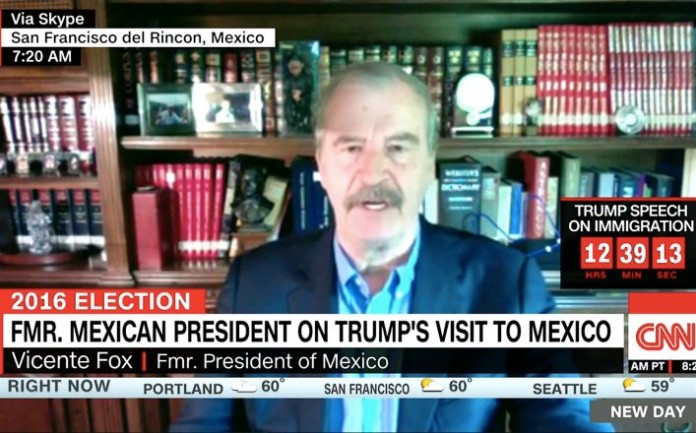 Speaking on behalf of 130 million Mexicans, Fox said, “We don’t like him, we don’t want him, we reject his message.” He accused Trump of “using” Mexico as part of a “political stunt” to help his falling poll numbers. Calling the invivation a “big mistake” on President Peña Nieto’s part, Fox added, “He will even be considered like a traitor because we don’t accept to be offended.”