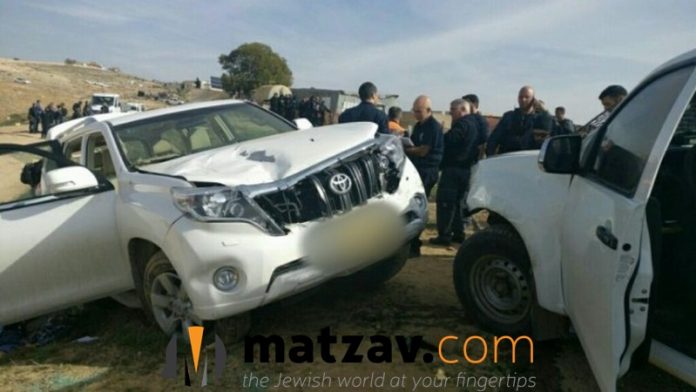 In the clip, which can be seen below, the car can be seen driving on a dirt road in Umm al-Hiran, with police officers on either side.

Towards the start of the clip, one of the police appears to shoot several shots at the vehicle, which then picks up speed and slams into the other officers.