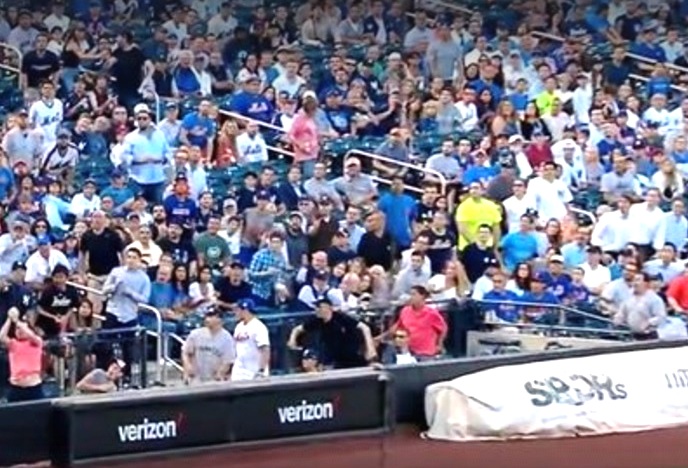 A Jewish baseball fan wearing a yarmulka caught a foul ball with his bare hands during the first inning of the Yankees vs. Mets game last night at Citi Field Queens, New York.

The ball was hit by the Yankees’ shortstop. The video shows the fan being cheered by the crowd after he makes the excellent catch.

The game announcers, including Michael Kay and former Yankees and Mets pitcher David Cone, can be heard praising the catch.

Cone then joked, “I think that guy might want to go up one size in that shirt!”

Watch a video of the catch: