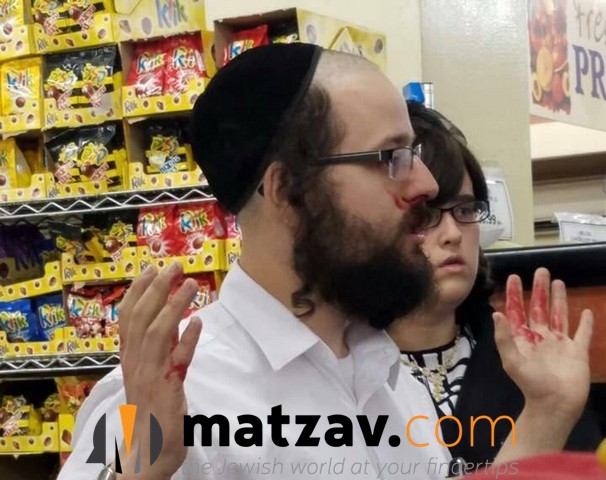 An innocent request at a Williamsburg supermarket before Shavuos turned into rowdy brawl.

The incident took place at the Central Market Supermarket at the corner of Division Avenue and Wythe Avenue in Williamsburg, Brooklyn.

Two of the frum store managers politely asked a girl to stop riding around the supermarket on a hoverboard, as she had knocked down cereal boxes and other products, wreaking havoc.

The girl called her father, who arrived a few minutes later and began assaulting the store managers, yelling and cursing at them while punching them. The African-American man threatened to kill them. The managers were left bloodied and in shock.

A short while later, NYPD officers from the 90th precinct arrived at the store. To the chagrin of those present, the officers arrested both managers, believing the girl’s father that they had thrown a peach at the girl.

R’ Gershon Schlesinger, a noted askan in Williamsburg, told Matzav.com that as a result of the arrests, one the managers was detained at central booking for over 24 hours, barely making it home before the onset of the three-day Yom Tov.

The following is footage of the incident. WATCH: