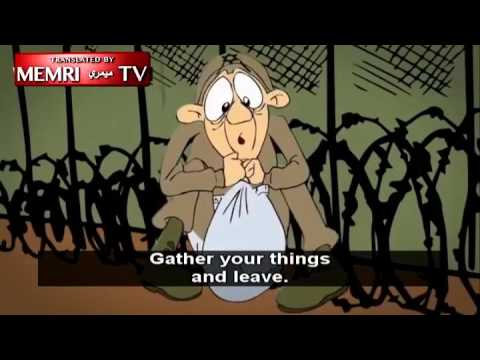 A music video recently posted on social media accounts glorifies attacks on Israelis, with lines such as “My rockets long for you, and they will rain down on you,”

“From the tunnels below, I’m coming to grab your legs,” and “I’m coming for you with a gun, or with an axe and a knife.”

The soundtrack is accompanied by animation depicting Israelis trembling in fear and fleeing the country.

The video, titled “Gather Your Things,” was produced by the Gaza-based Wa’ed Band for Islamic Art and posted on the band’s YouTube channel and other social media outlets.