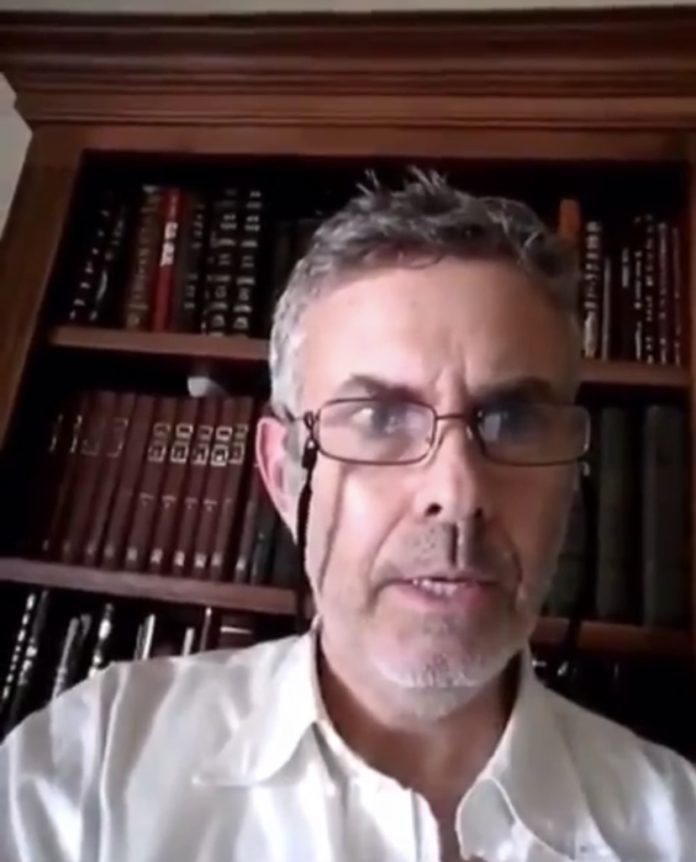 A man who refused to give his wife a get for over 15 years has released a statement where he accused the Chief Rabbi of Israel of fabricating a story.

Rabbi Dovid Lau made headlines earlier this week when he refused to permit the burial of the get refuser’s mother in an attempt to pressure the man to give the get.

After Rabbi Lau allegedly got a commitment from the man to proceed with the divorce and allow the woman to move on with her life after 15 chained years, the Chief Rabbi gave the go ahead for the kevura to take place. Subsequently the man, who has been remarried for five years, denied that any agreement took place and continued his obstinate refusal to release his estranged wife.

In his video statement, the man claimed that the Chief Rabbi fabricated the whole story and called the entire Rabbanut a corrupt organization.

The get refuser additionally claimed that there is a get waiting for his wife at a Bais Din in the United States.

However, a recording obtained by Matzav.com from a member of that Bais Din shows that the Bais Din does not holding any get.

“It’s not that I have it (the get) but it’s supposed to be here,” the Dayan is heard saying about the get, offering to make a new one if necessary but confirming there is currently no get at the Bais Din.

According to reliable sources, the man is using the upheld get as leverage to demand an exorbitant fee from his estranged wife.

“This is the most severe case of Agunah for over a ten years in which the husband totally refuses to allow his wife to continue her life while he is unlawfully married to a second wife,” said Rabbi Lau.