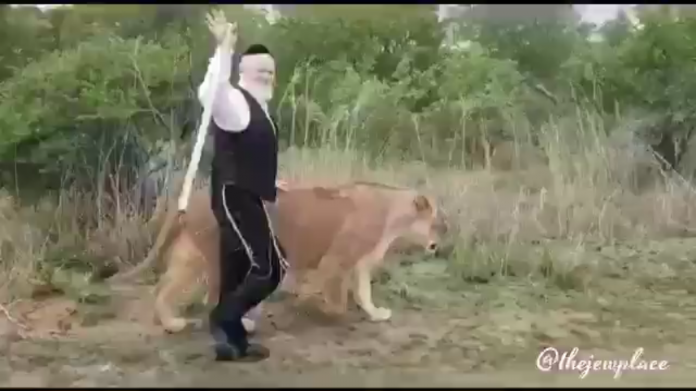 Yehuda Meshi Zahav, the head of ZAKA, was in Africa this week for some disaster training exercises, when he attacked by a lion.

During some downtime in between training, one of the locations being used to practice Meshi Zahav’s life saving work offered a walk with lions, where, by following careful instruction, one one can safely walk alongside these kings of the jungle.

However during his stroll, while he was smiling and waving for a video camera, Meshi Zahav was jumped by one of the lionesses. The camera cut the footage at that moment but reports from the scene described how the lioness was subdued after being hit with some heavy sticks.

Meshi Zahav was taken to a local hospital and is said to being doing ok, having only sustained minor injuries.