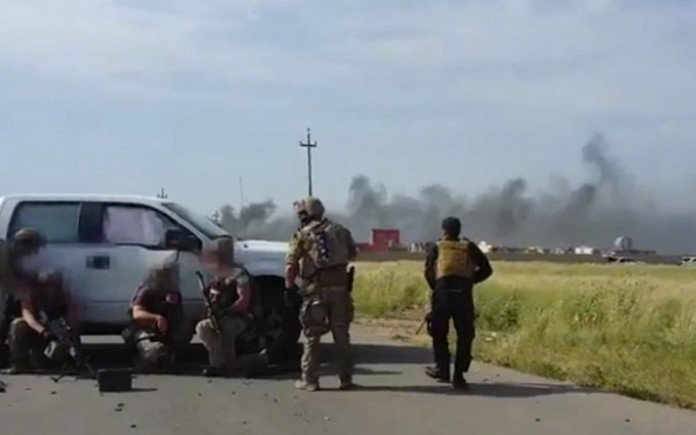 The battle that killed a Navy SEAL fighting ISIS this week was caught on video, according to cellphone footage obtained by The Guardian.

Charles Keating IV was killed during an hours-long firefight as American special-forces personnel and Kurdish commandos fought off ISIS militants. In the video, a Kurdish peshmerga at one point shouts “Please save up your bullets!”

During the course of the battle, at least six U.S. fighters are shown at one point taking cover behind a pickup truck on a road. Keating became the third U.S. casualty in the latest American war in Iraq. Read more at The Guardian.