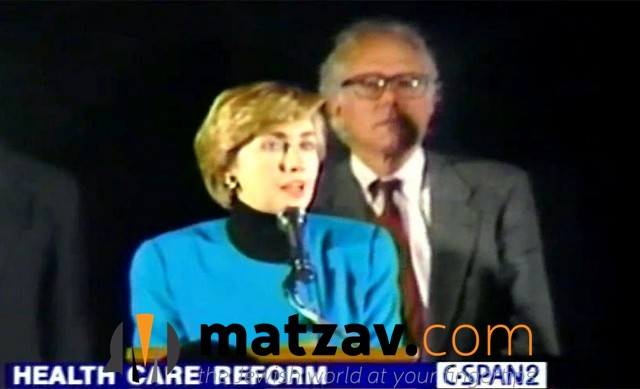 Addressing a rally, Hillary Clinton hit Sen. Bernie Sanders (I-VT) for his supposed absence during her attempts to reform healthcare in the early 90s, Townhall reports.

“And I always get a little chuckle, when I hear my opponent talking about doing it. Well I don’t know where he was when I was trying to get healthcare in ’93 and ’94.”

The Sanders camp, however, had a strong comeback: Sanders was not only metaphorically standing behind Clinton’s healthcare reform plan, he was literally standing with Clinton at one point.