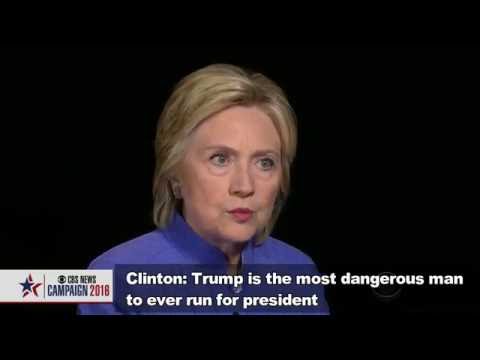 Hillary Clinton believes that Donald Trump is the most dangerous man ever to run for president of the United States.

Hillary took her criticism of Trump up a notch in an interview with Charlie Rose.

“No self-discipline, no self-control, no sense of history, no understanding of the limits of the kind of power that any President should impose upon himself. He has shown none of that,” Clinton said.

Her comments came as the RNC convention kicked off in Cleveland.

“What he has laid out is the most dangerous, reckless approach to being President than I think we’ve ever seen,” she said.

Rose asked Clinton if Trump is “the most dangerous man ever to run.”