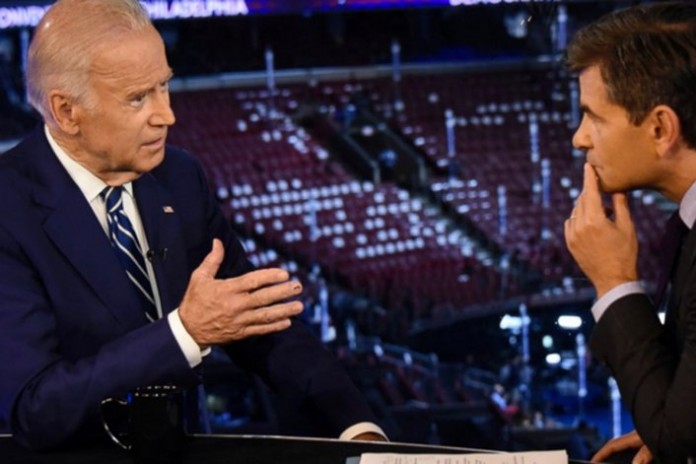 Vice President Joe Biden said he believes staunch Bernie Sanders supporters will, in the end, vote for Hillary Clinton. “If you’re as moral and centered as you say you are, I know you can’t vote for Trump. I know,” Biden said in an interview with George Stephanopoulos.

On Tuesday night, Clinton became the first woman in U.S. history to be elected as a major party nominee. Biden said he doesn’t believe “anything more has to be done” to unify the party, despite a day of protests, booing, and controversy at the Democratic National Convention. “Look—think about it: They went out and busted their neck for the better part of a year. They came close,” Biden said.

Referring to Trump, he added, “I think he has been very successful in playing on their fears. And there’s not been enough focus on playing on their hopes, appealing to their better angels.” Read more at ABC NEWS.
WATCH: