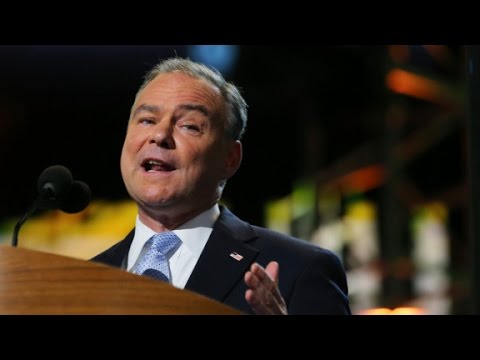 In an interview with State of the Union’s Jake Tapper this morning, Tim Kaine discusses hacked transcripts of Hillary Clinton’s speeches released by WikiLeaks.

The Democratic vice presidential nominee was unable to explain and verify the authenticity of Clinton’s remarks in leaked transcripts of her paid speeches to Wall Street firms. The Daily Beast reports that the Virginia senator echoed the campaign in not confirming the authenticity of the documents that appeared in a trove of Clinton campaign chairman John Podesta’s emails that were hacked and released on Friday by WikiLeaks.

Tapper pressed Kaine on whether Clinton told a Brazilian bank that her “dream is a hemispheric common market, with open trade and open borders,” as the leaked documents suggest. Kaine said he has “no way of knowing” whether Clinton actually said that, but Tapper pushed back: “Well, you could ask her.”