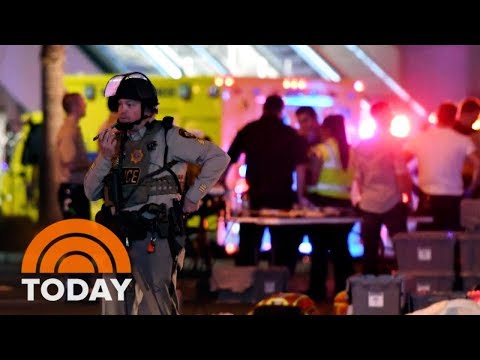 NBC justice correspondent Pete Williams tells TODAY that some off-duty police officers who were in the crowd during the deadly mass shooting in Las Vegas are reportedly being treated for gunshot wounds. He says that police found “a cache of weapons” with alleged gunman Stephen Paddock, who was shot and killed by police.