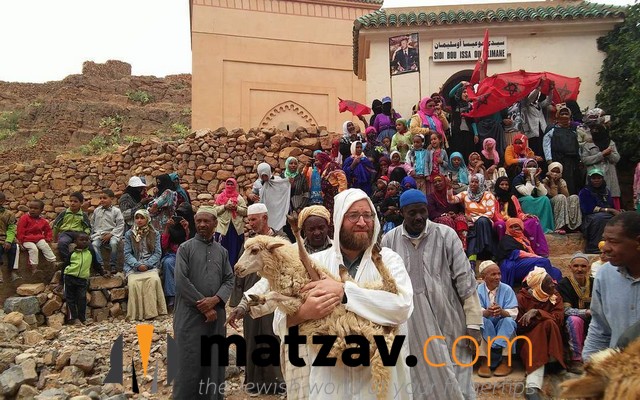 As reported earlier on Matzav.com, a group of American baalei batim led by R’ Leizer Scheiner are currently on a trip to visit kevorim of tzaddikim across Europe.

Reb Leizer is a noted baal tzedakah and baal chessed who leads a popular shul in Monsey, NY.

The group of about 70 people left on Tuesday, May 10, from Newark to Amsterdam.

They arrived in Amsterdam on Wednesday, May 11, and visited local shuls and the kever of the mekubal Menashe Ben Yisroel. They then flew from Amsterdam to Kosice, Slovakia, and went by bus from Kosice to Kerestir, Hungary. After visiting the kever of Rav Yeshayale Kerestirer, they participated in a yahrtzeit seudah at Grof Degenfeld Castle Hotel Tarcal.

They then flew from Rome to Lisbon, Portugal, where they rented cars and drove to Belmonte Sinai Hotel in Belmonte, settling there until after Shabbos.

On Sunday, the group went from Belmonte to Lisbon Airport and flew to Seville, Spain, where they visited Cordoba. That evening, they flew from Seville to Rabat, Morocco, where they spent the night.

On Monday, the group flew to Ouarzazate, Morocco, where they drove to a small dirt road in jeeps and transferred to ATVs for a 45-minute ride to the kever of Shlomo Hamelech’s son.

They then drove to Taroudant, where they spent the night at La Gazelle d’Or Boutique Hotel.

Tomorrow, Tuesday, May 17, they will fly from Agadir to Paris, France, landing at Paris De Gaulle Airport in the afternoon.  They will then fly on Air France flight 008 to JFK. They are scheduled to arrive at JFK Airport in New York at 9:20 p.m.

The following video is from the group’s visit to Morocco: