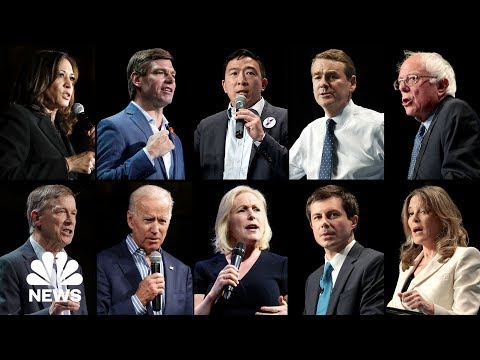 The first batch of Democratic presidential candidates had their say last night. Now it’s time for the others to make their appeal to voters.

On Tuesday, candidates clashed over issues ranging from private health insurance to the war in Afghanistan. Three candidates—Former Rep. Beto O’Rourke (D-Texas), Sen. Cory Booker (D-N.J.), and Former HUD Secretary Julián Castro (D-Texas)—spontaneously broke into Spanish when answering questions. And Elizabeth Warren held her own, while Julián Castro broke away from the pack.

Tonight, four of the 10 leading Democratic candidates in the polls will face off in Miami. And all eyes will be on former Vice President Joe Biden and Sen. Bernie Sanders. (There are so many Democrats running for President right now that the debates are being held over two nights, each featuring 10 candidates.) Others on stage tonight will include Sen. Kamala Harris, Mayor Pete Buttigieg, and Sen. Kirsten Gillibrand.