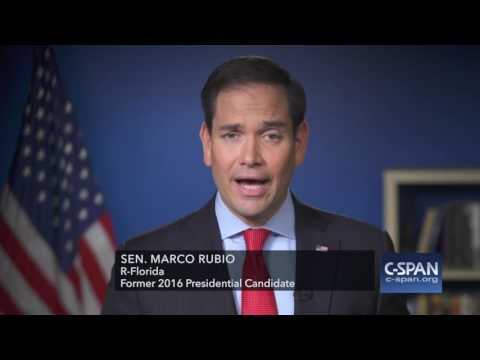 Florida Senator Rubio was a candidate in the 2016 Republican presidential primary. The son of Cuban immigrants who came to America in 1956, Rubio has spent most of his life in West Miami, Florida, leaving only for a six-year period when his parents moved their family to Las Vegas, Nevada. In 2010, Rubio ran for the U.S. Senate. During his term, he has championed efforts to restore the American dream: Social Security and Medicare reform, greater access to affordable higher education, the revitalization of America’s military, efforts to grow the economy, and the empowerment of states and their citizens in the fight against poverty.