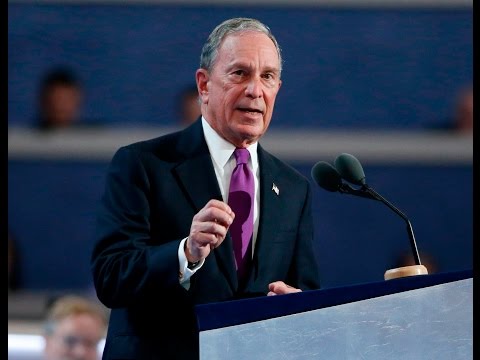 Bloomberg ripped into Trump, comparing the Republican nominee’s presidential run to a “con” on the American people.

“Trump says he wants to run the nation like he’s running his business? God help us,” Bloomberg said. “I’m a New Yorker and I know a con when I see one…. I’ve built a business, and I didn’t start it with a million-dollar check from my father.”

He later added, “I am not here as a member of any party. I am here for one reason: to explain why I believe it is imperative that we elect Hillary Clinton as the next president of the United States.