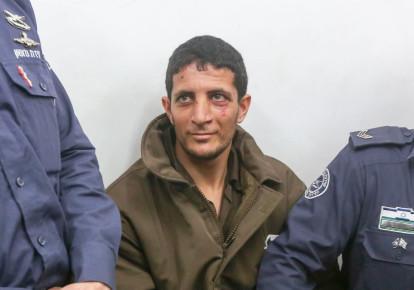 WATCH: Arafat Irfaiya from Chevron, who is accused of the brutal murder of Ori Ansbacher, was brought to the Jerusalem Magistrate’s court on Monday and was remanded on the charges of the murder and rape.

Ansbacher, whose body was found with multiple stab wounds in the forest on Thursday, was a 19-year-old Israeli girl from the town of Tekoa.

According to reports the murderer smirked and rolled his eyes in court when the charges were read.