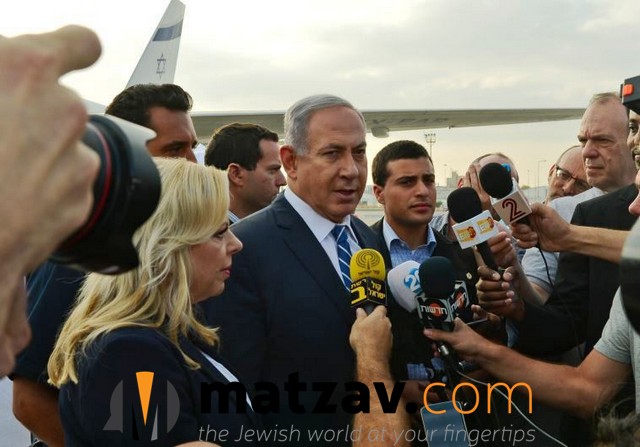 Israeli Prime Minister Bibi Netanyahu was in Entebbe, Uganda today to mark the 40th anniversary of the Entebbe raid, which he said shows that “good can prevail over evil, and hope can triumph over fear.”

Netanyahu’s brother, Yonatan, was killed leading Israeli commandos in the rescue operation that he termed one of the most daring in history.

“Entebbe was a watershed moment in the life of my people,” Netanyahu said. “For centuries we were stateless and powerless to defend ourselves. No one came to our rescue, we were murdered by the millions. The rise of Israel has changed all that. Time and again Israel has successfully defended itself against enemies committed to our destruction.”

At the event, however, tiredness seemed to overtake the prime minister, who appeared to dose off during one of the speeches. His wife tapped him to wake him up.