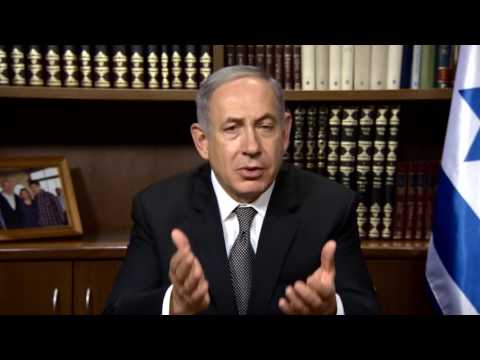 I’ve just watched a video that shook me to the core of my being. In just a few seconds, it shows why our conflict persists.

So here is a short snippet:

A Palestinian father holds up his 4-year-old son. He pleads with Israeli border police to kill his own child. He shouts, “Shoot this little boy!” His boy.

He pushes his young son forward toward the soldiers and screams, “Kill him! Shoot him!”

The boy pauses. He is scared. Any child would be.

He turns back, looking at his father for guidance.

With his shirt tightly tucked into his bright red shorts, the boy ambles forward towards the soldiers. One of them extends his hand in friendship. The boy gives him a high-five.

Imagine your own child at that age. Think of his smile. Imagine her laugh. Picture the unrestrained joy and innocence that only a child possesses.

Encouraging someone to murder a child – let alone your own child – is probably the most inhumane thing a person can do.

What did this child do to deserve this? The answer is: nothing. He is innocent.

Sadly, this father’s crime is not an isolated example. In Gaza, Hamas runs summer camps that teach children to value death over life – suicide kindergarten camps.

The Palestinian Ministry of Education in Ramallah recently organized an event for students to honor terrorists who murdered three civilians.

Two weeks ago, the Palestinian Authority’s official newspaper praised teenage terrorists and wrote that “death as a martyr is the path to excellence and greatness.” That’s a direct quote.

I’m sure Palestinian parents, many of them, are as outraged as I am at this video.

And today I appeal to every father and mother around the world. I ask you to join me in calling for an end to this abuse of children.

Peace begins with respect. If parents don’t respect their own children’s lives, how will they respect the lives of their neighbors?

We must love all children. They should never be pushed to violence or hate.

Join me in educating all children for peace.