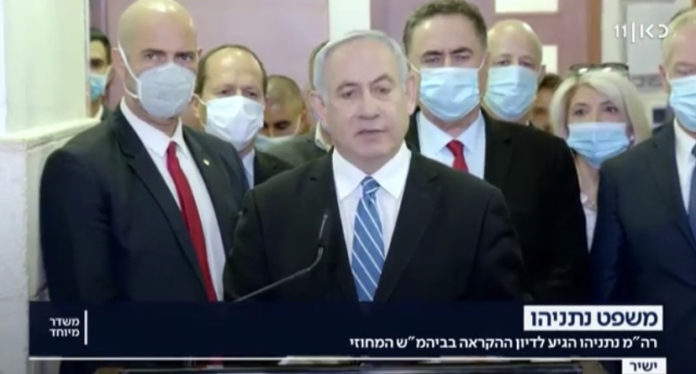 Flanked by ministers and lawmakers from his Likud party, Prime Minsiter Netanyahu delivered televised remarks before the start of his hearing at the Jerusalem District Court, declaring that all his right-wing supporters were on trial along with him.

“Elements in the police and State Attorney’s Office banded together with left-wing journalists… to fabricate baseless cases against me,” he charged. “The goal is to oust a strong right-wing prime minister and to banish the right-wing camp from leadership of the country for many years.”

“I’m not a poodle… and therefore they need to remove me by any means,” he said.