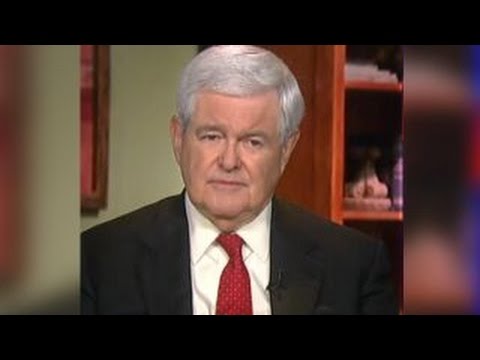 Following the attack in Nice that killed at least 84 people former House speaker Newt Gingrich has called for deporting every American with a Muslim background who believes in Sharia law.

“Western civilization is in a war. We should frankly test every person here who is of a Muslim background and if they believe in Sharia they should be deported,” Gingrich told Fox News’ Sean Hannity.

“Sharia is incompatible with western civilization. Modern Muslims who have given up Sharia, glad to have them as citizens. Perfectly happy to have them next door,” he added.

Gingrich also said that the attack in Nice is the “fault of Western elites who lack the guts to do what is right, to do what is necessary,” and suggested that mosques in America need to be monitored.

Gingrich’s proposal, which made no distinction between U.S. citizens and non-citizens, would violate scores of First Amendment-based Supreme Court rulings as well as civil rights laws which together bar discrimination on the basis of religion, entanglement by the government in religion and restrictions on freedom of expression.

Gingrich has mentioned as a potential vice-presidential running mate with Donald Trump, who called off an announcement of his choice originally scheduled for Friday after the Nice attack.

The Council on American-Islamic Relations condemned the attack in Nice as well as Gringrich’s call to “test” and deport Muslims in the U.S.

“When former House Speaker Newt Gingrich suggests that American Muslims be subjected to Inquisition-style religious test and then expelled from their homes and nation, CAIR National Executive Director Nihad Awaid said, “he plays into the hands of terror recruiters and betrays the American values he purports to uphold.”

The comments made by Gingrich are similar to ones made by Donald Trump in 2015, where he called for surveillance of mosques.