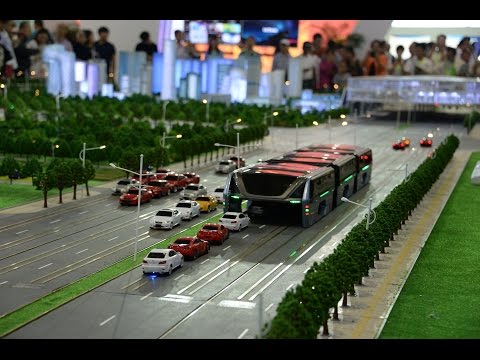 Part subway, part bus, a mass transporter known in Chinese as the “bus-way” went on show in Beijing earlier this month.

The vehicle, which is designed to run on track embedded in the roads, can transport up to 1200 people in cabins elevated above regular traffic.