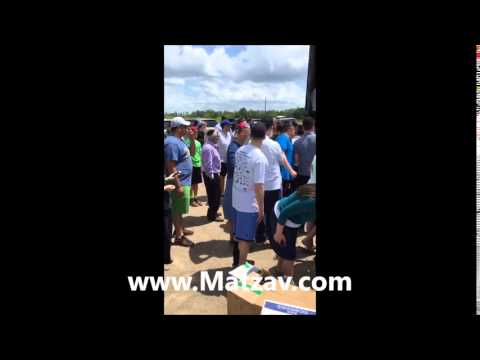 Jews in Orlando, Florida, are still working to make arrangements to ensure that they have sufficient food for the Yom Tov of Pesach, which begins tonight, after unexpected complications with a large food delivery from the tri-state area.

Four trucks were sent for the New York area for this particular delivery to the Orlando community, with two trucks arriving on Wednesday and two on Thursday. The food being transported was divided into two segments, frozen items and perishables in one delivery and dry goods in the other.

On Thursday, the dry goods truck arrived, but the frozen food truck was delayed. It was revealed later that the truck had broken down and was going to be delayed a full day.

Some people paid an extra five dollars per box to have their delivery brought directly to their home, while most others gathered upon the arrival of the trucks to pick up their orders, but chaos ensued with the delay of one of the trucks, which was said not to be arriving until this morning, Erev Yom Tov.

Sources also told Matzav.com that some of the perishable items were mistakenly placed on the wrong truck and thus were no longer usable. In addition, some people were missing items from the dry goods delivery.

Some families will not have meat and other items for Yom Tov.