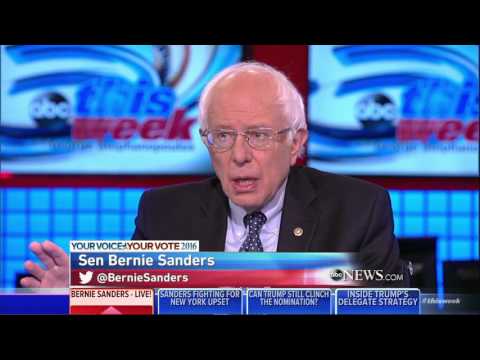 In his latest anti-Israel remarks, Senator Sen. Bernie Sanders, speaking to ABC’s George Stephanopoulos, said that President Barack Obama has been too supportive of Israel and was not sufficiently supportive of the Palestinians.

The Palestinian-loving Sanders continued his assault on Israel by calling on the U.S. to take an “evenhanded” approach in dealing with the conflict, and said that even though Obama has fared better than his predecessors in his attitude towards the Palestinians, the U.S. still had “ways to go.”