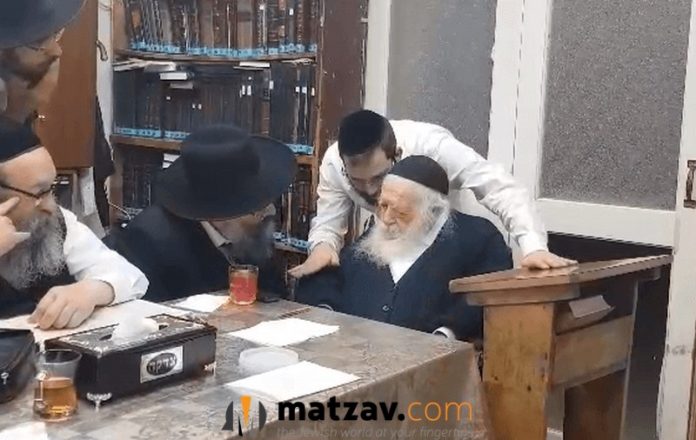 The Sifrei Torah in Kiryat Yovel in Yerushalayim that were disgraced by vandal and latyer collected by police in order to take fingerprints led to a shailah of whether halacha permits doing so.

Rav Bunim Mordechai Zilberberg, rov of the Shikun Hey neighborhood in Bnei Brak, visited the home of Rav Chaim Kanievsky and presented him with this question.

Rav Zilberberg explained that the Sifrei Torah were left lying on the floor until the arrival of the police, so as not to damage the fingerprints that were needed to catch the vandals who carried out the dastardly act.

Was it permissible to do so?

Rav Chaim replied that it was indeed mutar to do so in order to catch the desecrators, thus preventing further desecration of these and other Sifrei Torah and sifrei kodesh.

Rav Zilberberg brought a raya from a Gemara in Brachos, where we find that it is permitted to carry a Sefer Torah in a sack on a donkey in order to prevent its theft.

Watch a video of the question being asked of Rav Chaim: