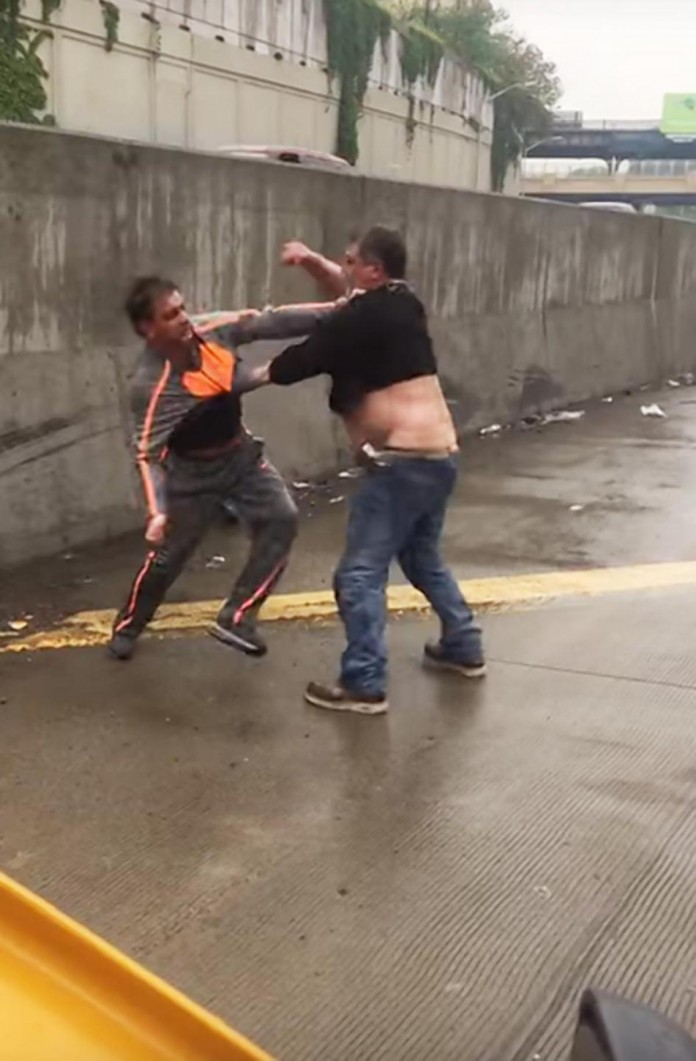 Get these guys a coffee or a cigaretel. They need to take a chill pill.

A New York City cab driver and a pickup truck driver got into a scuffle on the Brooklyn-Queens Expressway in New York and the road-rage embarrassment was caught on video. The clip, which was placed online on Tuesday, has since gone viral.

And it ain’t pretty, chevrah.

Apparently, the truck driver pulled in front of the taxi and then slammed on his brakes before jumping out of his vehicle. The taxi driver exited his own car and the two began fighting like little kids.

After the two slugged it out, two female NYPD cops threw them against a wall and cuffed them.