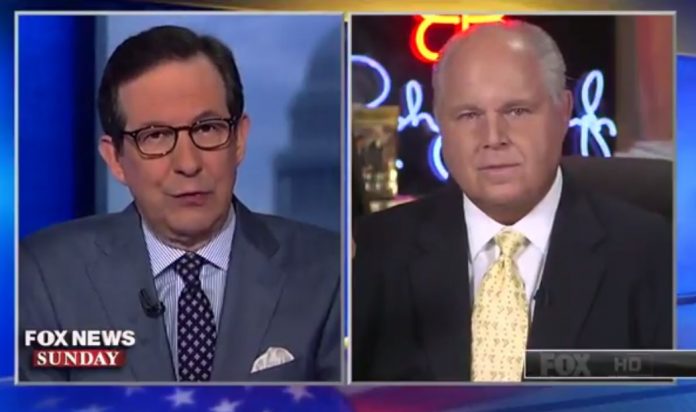 On today’s broadcast of “Fox News Sunday,” conservative talk radio host Rush Limbaugh said argued since the media did not make President Donald Trump, they could not “destroy him.”

Limbaugh said, “They have a formula, they have a blueprint for destroying Republican political officials they don’t like. It’s not going to work on Trump. He doesn’t fit that mold. They’re trying to every day. It’s kind of comical to watch.” He added, “Trump won the election, on substance. Trump did more interviews. He explained his agenda more than any political presidential candidate ever has in my memory. And he has tried to stick to it.”