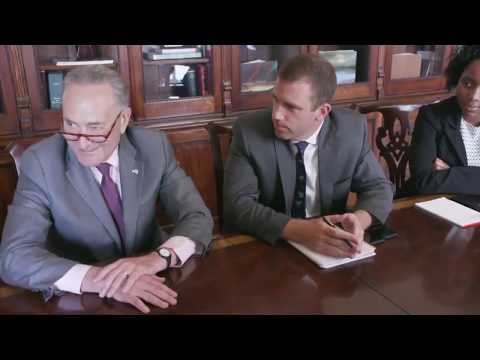 In response to Trump’s televised praise-fest, Schumer tweeted out his own staff meeting to give “everyone an opportunity to pay him a compliment.”

The video, shared on Twitter, starts with a staffer praising the senator for his Sunday talk show appearance, another giving him props about his hair and finally ends with Schumer and his crew doubling over in laughter after a staffer parrots what White House Chief of Staff Reince Priebus told Trump that morning which includes thanking his boss for “the opportunity and blessing to serve your agenda.”

Trump’s Monday meeting – the first with his full Cabinet – started off with the president declaring he had led a record-setting pace and was one of the most productive presidents in American history. Read more at Fox News.